Religion comes at too high a price 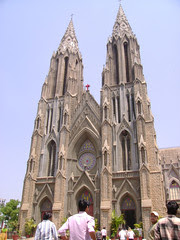 The following is a testimony by my friend, Carl, who has no computer, but with whom I have shared much material from this site. He wished to give something back. All responses will be shared with him.

My parents moved a lot. And they were seriously superstitious Roman Catholics (miracles, rosaries, saints, etc.). These things are important in retrospect, for they explain how I ended up in a monastery at the age of 14 (my oldest brother was already there, but that is really irrelevant). The monastery where I found “God” was actually a return to the country, which I deeply missed when my parents moved to be back in the city. It was also an escape from school and, according to my ex-wife who claimed my mother told her, a place to put me since, “They didn’t know how to handle you anymore (a religious reform school?).”

For nearly three and a half years I threw myself fully into the regimentation, prayers, dogma, and silence enforced via the use of sign language. Cut off from the world as one transported to a medieval time, without radio, TV, newspapers, etc. “All for Jesus” was their official motto. I lived amongst camaraderie, chant, plainsong, a mighty church organ, Latin, incense, and the wonderful aroma of beeswax candles. The joys of anticipation and delayed gratification became powerful influences. However, they did not satisfy the needs of a sexual and curious nature. Still of a freethinking and ergo, rebellious nature, I became extremely introverted to the point that they probably concluded they didn’t know what to do with me either.

Nothing is colder socially than the abrupt dropping of one from a religious assembly (Audrey Hepburn showed this in the movie “A Nun’s Story”). On Halloween night 1954, I was taken to a room with “civvies” waiting and told I was leaving for home with two men who had come for a retreat. The only thing I had to connect me was a sentence, “Consider for a year whether you want to return.”

And so I did, and a year later told them I wanted to re-enter. Then the novice master said, “No you don’t.” And when I looked around me, I realized that the place I had invested so many emotions in had not only lost its magical “spirituality,” but was sterile. This is quite different from a divorce resulting from disappointments, differences, unfulfilled expectations or betrayals, although they are present here also. One can and does go on to love another and remarry. A love of a fabricated deity amidst a psychologically enforced atmosphere is quite different. When Christianity is defined as a cult I must truly agree. Taken very seriously, it is. When I read Hitchen’s “God is not Great,” my first response to his “how religions poison everything” was “this man is bitter, angry.” Now I merely see it as stating facts, because it does.

Why put this on ExChristian.net? Anybody who is an ex-Christian can use this info when I include the following: I’m 71, and 13 years ago I married my second wife, a Christian. I would go to Sunday church services with her. “Togetherness,” but it really wasn’t. I’d spend the time writing poetry and observing with my hearing aids turned off. Under those conditions I “attended” for years (Some notes: Why accept Paul’s interpretation of Jesus? And, if there isn’t a God, who are these people praising/addressing? Their own personalities?).

Then I started to read texts from the Bibles provided and decided I’d have nothing to do with that nasty, narrow-minded Jesus character. Then came “The God Delusion.” Science is the sunshine that burns away the fogs of religions. I told my wife that I would stop going to church, that I was tired of hearing people telling themselves things, and even mentioned that I became physically ill from it all. She did not understand why I went with her for so long and suggested I was a hypocrite, until I made it clear that it was out of love.

Matters are better since then, the relationship and love solid. The ghosts are still around though. Just the other day, she spent some time with a church member, telling him the prayer requests from the congregation. It’s another world, it really is. Bizarre, out of touch with obvious reality, perhaps a form of insanity – and they’re not aware of it. If, as an ex-Christian, you don’t see this, I recommend you go to a church service with your ears blocked from hearing, and observe. It’s enlightening and liberating and scary. When you “go back,” you realize you never want to be there again, and why.

Get your own incense, candles, organ music, ambiance, camaraderie. Religion is too high a price to pay for those things.