Are you watching, God? 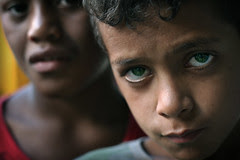 Sent in by Christian

I very recently realized that Christianity and Jesus are lies.

The events that led to this realization began when I was eight years old and was attending a 7th Day Adventist school. They took away meat I had brought to eat for lunch, because eating meat was a sin. They took away my Spiderman action figure and Pokemon cards I had brought to show my friends, because, as we all know, Spiderman and Pokemon are demons in disguise, sent from the farthest reaches of Hell to corrupt the world's youth. When I spoke out against any of their stupid beliefs or pointed out a flaw in their teachings, I was sent to the principal's office and given a stern lecture on how the Devil was inside me and was making me question things. I was homeschooled the next year, and have been ever since then. Away from the accursed church school, I was able to read up on stuff and think for a number of years, before seeing the light a few days ago.

So I'd like to ask, are you listening to this, God?

Are you sitting on your throne eating grapes while little children are being raped and killed?

Were you watching when my grandfather was in pain on his deathbed, puking his insides out, and we were praying to you to spare him?

Did you feel ashamed when the Catholic Church killed thousands of innocent people in your name?

Are you watching over the starving children in Africa, who have to cover up with newspaper at night and have to scrounge around in trashcans to get food to eat?

Were you watching when I had a razor blade in my hand and was considering slitting my wrists, or were you AFK, attending to a more important matter?

Were you watching when I was beginning to doubt my faith?

Are you watching as I type this? All I want is a small sign, telling me you exist.