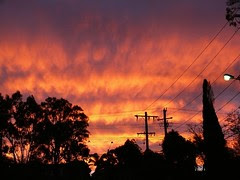 I'm writing this testimonial because I need some sort of outlet for my frustration. So, let's start from the beginning.

I grew up in a very strict Christian home. I went to church whenever the doors were open. When I was thirteen my mom decided to move my brother and I 300 miles away from the rest of our family because she felt that the "Lord" wanted her to. That landed us in Nashville where we started attending an almost cult-like independent baptist church. All of the families in the church were home schooled and that was one of the reasons we were drawn to the church because I had been home schooled since I was very young.

The church was very strict and had many different doctrines that weren't typical in most churches. I took part in street preaching, soul winning, and handing out gospel tracts on a regular basis. I wasn't allowed to listen to secular music, watch anything over a PG rating, or go to the movies. Those things don't even bother me that much, but the fact that I was brainwashed for years does.

I spent the better part of my teenage years in preparation for the end of the world known as Y2K. I worked on a farm growing vegetables, raising chickens and bottling water because those things would be necessary after the collapse of humanity. I remember being told that there was going to be dead bodies floating down rivers and that people would try to kill us for supplies while other people my age were hanging out with friends and being regular teenagers.

So, God spared us and Y2K never happened. Two years of back breaking work down the drain. How disappointing.

During all this time God had called me to preach. I had dedicated my life to the ministry. The pastor of our church gave me several opportunities to preach at our church. People thought I was such an amazing example of Christian young man. I read my Bible and prayed every day and occasionally fasted. My future was looking bright because I felt like I was going to be used by God in an amazing way. Then the doubting started.

When I was eighteen I began questioning many of my beliefs. I didn't understand why anyone had to go to hell. I didn't understand God's cruelty. I also starting noticing blatant hypocrisy in the church. I was confused and disappointed in what I thought was absolute truth.

I stopped going to church and started doubting everything I had ever been taught. I was having trouble coping with losing my faith and started to fall into a deep depression. I was living in a world I new very little about because of being so sheltered all my life. I had a job, an apartment and no clue about what to do with my life.

When I was twenty I attempted suicide. I felt so confused and frustrated and I thought I just wanted to end it all. I didn't think know if God was real. I didn't know if God even cared and that was too much for me to bear because God was my life when i was growing up.

It's taken several years for me to stop believing. I didn't just wake up one day and say "I don't believe in God anymore." It took me seeing religion for what it really is.

Now I don't worry about hell or heaven for that matter. I don't feel like God is judging everything I do. I don't feel like I owe my life to some invisible man. I take a lot of comfort in knowing God isn't real. The bogeyman is dead.

So now I'll enjoy my life and the simple things. I'll have to endure living in the bible belt for now. I'll have to be patient and get over the things that happened in the past. Thank "God" I don't believe in God anymore.