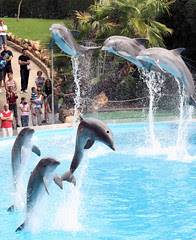 In 2000 I would hit my lowest point ever. Part time dead end job, bad teeth (do to a family disorder I couldn't afford to fix) and was living with my sister not sure where my life was going. On top of this, the dragon that had been pursuing me had finally caught up with me. I had no choice but to turn around and face him. I turned and faced the dragon ready to fight for my life. But when I turned around, it wasn't a dragon at all, it was me. All my life I have been living for my own destruction not even knowing it. Because of the mentality I was taught I would bring my life to a near end. I was taught to do for others at the expense of myself. Sacrifice myself for others and forget my own needs and desires. Had I not made the changes I made and not met my wife, I believe I would be dead at my own hand. My life was going that route, I just didn't see it.

I finally got a break working for a Christian construction company that paid well and had good benefits.

But this would only last a year, as the company was run my some dishonest people. Funny how the more Christian company is, the less you can trust it.

The good news is I met my wife during this time and got my teeth fixed. My life turned around and things started to happen. I finally had someone and something to live for and started putting my wife and I first and everyone else can wait. I still help people, but will not do it in a way my life has to suffer for it. After being married we started on building a good life together and have done just that. There a Christians to this day that feel I am not doing God's will so it is a big waste. Whatever.

After I got laid off from the construction job, I would land a job as an Administrative Assistant (rare for a guy to work that field) and would be challenged (in a good way) by my boss. She always came to me for ideas and problem solving and I would also come up with better ways of doing my job. In her own words, I raised the bar in the position I was working in. We merged with another company a few years later, but by this time I had made a name for myself. This job would be a pivotal point in my career life as I would build a reputation and would be know by others in the same industry.

We have had our hardships and trials as any marriage does, but we got through it and became stronger because we relied on each other. My wife would fight cancer twice and have to do chemo. I was there for her and took care of her. She is better now. Going through something like that really shows you who you are and how strong you can be.

If you have ever read Hitchhikers Guide to the galaxy you know the story about the dolphins. They knew the earth was headed for destruction so left and their last message was “So long and thanks for all the fish”. This is how I feel about leaving Christianity. I knew I was headed for destruction and finally left. All the time I wanted to find an answer to my life never really knowing the question. All these years of seeking God and his will and never really ask why in the first place. I was just told that's what I needed to do.

So I finally said 42 and started to ask questions and research. Then the day came when I left and have been free since exploring the universe from new eyes and perspective. Gone is the narrow minded black and white thinking that bound me to a prison. Gone is the hate and intolerance and the judgmental attitudes I once had to those who did not belove as me. Funny how being a Christian turns you into unloving person.

The dragon has been defeated and a new person has emerged. Once despised and ignored, sitting in the corner of the beak room at work by myself and now am respected by friends, family, co-workers and even my neighbors. If you met me ten years ago you wouldn't recognize the person you see now. I am more confident, secure and no longer an emotional wreck. I no longer work a dead end job, but instead work in computers and make decent money at it. I have a nice 1,642 square foot home and a nice sized yard. Life is good because I chose it to be, not because God blessed me. Where was God's blessing when I was lonely, in ill health and working lousy jobs trying to find direction? Where was he when I cried out to him in the middle of the night?

All my life I was faced with challenges and be told there would be certain things I could not do. I have proven this wrong and have over come much. I did this by my strength and efforts. I can live and not fear the future. I believe that in the years to come more and more will see Christianity as another collection of stories and fables.

So to you guys still in church. Wake up and see the road you are on. You think you are happy and fulfilled but you are miserable inside and are just being used. Escape while you still have a life to build before it's too late. Don inside you can hear that small voice saying something is wrong, but you ignore it. Listen to that voice.

I am free. Not you, ME! I AM FREE! I AM AT PEACE! Enjoy your narrow road and prison and watch out for the dragon chasing you for you are crunchy and taste good with ketchup. As for me, I have left the doomed world of Christianity.

So long and thanks for all the fish!

Not the end, but a new begining...