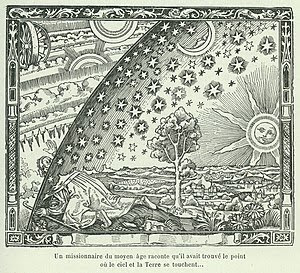 Today marks a year-- a year in which I feel like I have grown more, been challenged more, and experienced more than previously thought possible; a year ago today I decided I was finally done with Christianity after wrestling with different issues the four previous years. My road to de-conversion started during the second semester of my junior year of college. I watched as my grandfather, a man who loved God and was loved by all, wrestled with the final stages of liver cancer. In the timespan of a year, he went from a healthy, golf-playing, deck-building man to a 90 pound skeleton that couldn't even control his own bowel movements. His was an agony I wouldn't wish on a child rapist, let alone my grandfather. As I said my final goodbyes to him that spring break, I started down a path that would ultimately lead me to where I am today.

Upon returning home, I started to really wrestle with the problem of evil and suffering unlike ever before. That's not to say that I hadn't thought about it before. I had visited several third world countries before that point and seen the kind of suffering that most people care not to even think about. Yet before, I had somehow always managed to rationalize it away with the common Christian clichés of “free will”, “the fall of man”, etc. However, the more I thought, read, and wrestled with it, the more empty and hollow those rang. Epicurus' famous quote rang truer and truer:

Although I now believe that Christianity as a whole can fail on this one tenet alone, there were several other issues that unraveled things further for me. During this time, I decided to go back to school to take med school pre-req classes.

Although I had serious doubts about creationism going into my science classes, all it took was two semesters of evolutionary biology to obliterate any remaining ideas I had about the validity of creationism. So that effectively wiped out the first part of the Bible for me. At this point, I considered myself some type of theistic evolutionist because I was not ready to give up the Kool-Aid I had been sipping on for the previous 20+ years.

When I realized that the Genesis account of creation was nothing more than a myth, it made me wonder what else was nothing but a good story. Keep in mind that I grew up in a very conservative, fundamentalist home. I distinctly remember going to a presentation by Ken Ham where he explained the evidence for the young earth theory, the flood, and creation. So I decided to go back and look at the flood legend with a much more critical approach. I looked at everything from anthropology and the flood legends that predated Christianity to more more scientific disciplines such as geology, paleontology, and physics. To no surprise of anyone reading this, I also came to the conclusion that the flood was a myth no different than their Sumerian and Babylonian counterparts. I did the same thing with the story of the tower of Babel and learned that different languages did not originate from one place. I also started looking at the numerous inconsistencies that cropped up in the Bible. One can start with the Genesis 1 and 2 and try to figure out the order of creation between the two accounts or go to the Gospels and try to figure out who stopped by Jesus' tomb first after he was buried and rose again. The final blow to any remaining belief I had in the Bible was studying the early history of Christianity and the canonization of the Bible. For those of you who haven't read it before, I highly recommend Bart Ehrman's book, Misquoting Jesus. Although it didn't always go into as much depth as I would have liked, it is a great layman's introduction into the early canonization of the Bible. It was amazing to me to discover that the first accounts of Jesus' life weren't written until several generations later and that none of the Gospels were actually written by any eye witnesses of Jesus' life. It's amazing the amount of ignorance that pervades Christianity about the very book they claim to be the infallible, inerrant word of God.

Another blow to my faith was the opening of my eyes to the enormous amount of damage that religions cause. The End of Faith by Sam Harris was another book critical to my de-conversion. I now believe that religion is little more than a giant brain washing that gives otherwise rational, intelligent people the excuse to believe ridiculous fairy tales. One of the things that has troubled me the most has been the church's rabid fascination with denying homosexuals the rights they so easily take for granted. I sat beside friends who were/are extremely frustrated at being unable to express their love for each other in the same way that their heterosexual counterparts are allowed to. Christianity claims that homosexuality is “a choice” and something that can be changed while just about every scientific study on the issue continues to conclude otherwise. My favorite Christian response on the topic of homosexuality has been that homosexuals should just not have sex then and everything will be okay. So you want to deny an entire group of people the right to spend a lifetime with someone they love and in addition to that you also want them to be celibate simply because your ancient book (which clearly has ALL the answers to morality) concluded that homosexuality was a sin? I would have loved to have seen Christianity react with as much fervor as they had for Prop 8 to issues that actually matter such as poverty and homelessness. Once they get finished taking care of all the orphans and widows, like Jesus actually commanded, then maybe they can worry about launching a multi-million dollar, anti-civil rights campaign-- but I digress.

With my faith rapidly crumbling around me, I still held out in one last desperate attempt that God would reveal himself to me in such a way to let me know that he was real. In the final month before I let go for good, I pleaded nightly for God to show himself to me. Not surprisingly, I got nothing in return. May 1, 2008 marked a turning point in my life that without question has made this last year the most interesting one to date. I described it to one friend as though I feel like I'm coming out of the non-gay closet. It's been scary and exciting, at times tragic but also rewarding. People's reactions have been interesting to say the least. Some people have reacted quite emotionally and others tend to be quiet and reflective. A question that I normally get when all this comes out is “what are you?” I usually respond that I am very happy agnostic trending towards atheism. I definitely don't see the evidence for the loving, involved Christian God, but I am not opposed to the idea that there may be a higher power. However, at this point, I see no evidence for one. The second question I usually get is “would you ever come back?” Not unless God himself manifested himself in some way that I have missed the last 26 years.

In closing, I love my fellow man more than ever and have an even greater appreciation for this tiny insignificant sphere we call earth. I am a good person because it is the right thing to do, not because I am afraid of a sky god that will zap me the first time I mess up. I am much more skeptical. I question everything and accept nothing at face value. I feel like I have missed out on a lot of life the past twenty five years, but I hope to make up for it in the years to come. To those of you who write and contribute regularly-- many thanks. I have read this website for over a year now and it has been amazing seeing a group of people working through something like this together. Thanks for making this easier.