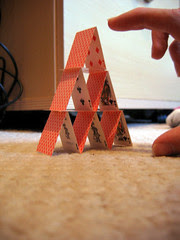 Hey everyone. My name is Travis, I am 21 years old. I was born and raised as a Baptist. I grew up believing that the Bible was the literal, inerrant Word of God. I strictly believed that all nonbelievers would spend eternity in hell. That thought caused me much discomfort. Especially when I went to a summer camp and they told us that false believers and "lukewarm" believers would get it worse than anyone in hell. I immediately thought of my parents, whom where really Christian in name only. They "believed in Christ" but that was the extent of it. I didn't see the "work of the Holy Spirit" or "the good fruit" in their lives. I tortured myself at night, pleading, begging to God with tear soaked eyes not to send my parents to hell. Also, my brother is agnostic-ish. I would pray to God that He would help out my brother, and give him the gift of faith! My dreams would be full of visions of my loved ones being condemned to an eternity in hell at Judgment Day. That intense fear I believe caused me severe psychological problems later on in life.

At about the age of 16 I began to doubt my faith. I couldn't realistically believe in a literal interpretation of the Bible, and all of that fundamentalist protestant jive. After about a year long search I converted to Catholicism, believing I had found a more reasonable, less anti-science and reason faith. The grass was no greener on that side of the fence. They taught all non-Catholics go to hell. So now my girlfriend at the time(now wife) was going to hell. It was so hard to reconcile that a God who is described as love would condemn His own creation to hell for all time. It didn't seem to vibe very well.

I continued to struggle with the faith, but stayed a Christian for fear of hell. However, about 4 or 5 months ago I discovered Universalism. I began to research it and came to found that early Christians had no concept of eternal hell. Judaism, then and now, has no concept of eternal hell. I began to look into early Christianity just to see how far the rabbit hole went so to speak. After I found out that eternal hell is a pagan notion borrowed by Constantine when he invented the Roman Catholic Church to keep the people in line, Christianity fell like a house of cards. I began looking at everything about the church. All of those anti-Christian sites I was told not to go to when I was in church because "Satan might brainwash me," I started looking at. My eyes were opened. Turns out, almost all of Christianity was borrowed from pagan myths and folklore. Superstition abounded everywhere. Where was any room for questions, reason, or logic? Why were all my pastors afraid to answer any questions and encouraged their "flock" to not visit certain sites and read certain books?

I now consider myself a deist. I believe creation presupposes a creator, but that is about the extent of it. I feel a bitterness towards organized religion but I hope that in time my spiritual and mental wounds will subside and so will my anger. Angry and bitter are no way to got through life.