Religion: a panacea for evil 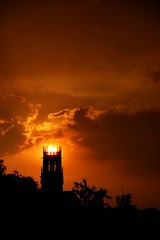 This is following the recent article 'Religion has passed it's prime'.

What would a world look like without organised religion. I'm afraid new religions would form as a way to control societies, nations, tribes, etc. Even some atheists have a vested interest in keeping religion alive even to the point of imposing it on people whose behaviour they don't approve of especially those from lower social classes. I say to them 'well if you think church going is so good why don't you go yourself'. This is where the old adage of Karl Marx 'religion is the curse of the working class' rings true.

When I quit going to church for the first time people I knew not just christians were begging me to try a new church. I was sick of church hopping and had realised that it wasn't this particular church and that particular church was wrong but the whole religion itself. I could breathe a bit more as I could watch whatever I wanted to on television and read more but I still felt a bit of a straightjacket around me because of left over hang-ups from religion and childhood. I was noticing it even more because of I was opening myself up more to what was going on in the world.

People expected me to carry on being the goody goody little two shoes I once was but that wasn't going to happen anymore. If anybody was rude to me I was rude back to them. Yet it took a little while longer before I started not taking things personally and attributed this rudeness to something about me. While I was religious I was trained into odd behaviour, to be pleasing and to seek approval beforehand before doing anything. When I became more confident and not caring so much about what people thought of me I became less odd. It took a little while longer not to seek approval from people just as I had been doing from God and the church. Religious 'friends' melted away just as those non-religious people who were looking for a scapegoat and a lackey were also melting away.