I thought GOD was the solution 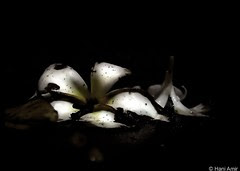 Sent in by Evelyn

I have been reading the posts about 4 months now. I did not start reading the posts because of deconversion, but because I was searching the Internet for a link on spiritual abuse in that link were testimonials of people were abused in United Pentecostal Church. That was the church I was thrown out of.

I have been struggling all my life with mental illness and severe childhood abuse. Abuse that you only read about in the papers. Even though my adoptive parents did not go to church they sent me to church, vacation bible studies, and my birth family was Catholic. I was adopted at 3+. I was told that if I died I was going to hell, demons were going to get me and locked in closets and told God was going to get me.

I read the bible from cover to cover when I was eight. I know the bible and I wish I had never read it. I have been tormented by it. I never questioned the brutality of it and i did not see how sadistic and cruel the crucification of Jesus on the Christ. I did think that if I was God and could do anything I wanted I would definitely come up with a better plan than that. The barbaric treatment of women. The slaughtering of animals for sin and I really never realised that whole mass murders of societies as murder.

I really believed the bible out of fear and I was a child looking for comfort. I thought God would protect me. I actually slept with a bible under my pillow and I believed that what I was going through was God's will so that I could lead others. I went to church, listened to sermons, and felt condemned, guilty, tried other religions but felt totally condemned.

I was diagnosed with Bi-polar disorder. I thought it must be demonic and through away my meds and joined United Pentelcostal Church. Surely God would heal me. I became sicker and sicker. It was easy to hide in church. Revival meetings, speaking in tongues, and every negative emotion or person who did not agree with our pastor was of the the devil.

You can be very sick and function in church. The testimonials of people being healed of their addictions, miracles, etc... They might stop drinking, smoking, having sex but they are still addicted. I was addicted to religion. I never dreamed or thought that Christianity could be an addiction or the root cause of my mental illness. I never recognized that United Pentecostal Church was abusive or a cult.

I became so ill that I could not dress myself. The last day I went to church it took everything I had to get to church. My pastor escorted me to the front door and told me that I my negative spirit caused GOD to leave the church. They told me I ate with devils, slept with devils, and talk to them. That was back in 1989 and it just got worse. I would not let go of my believe in GOD. I did end up turning my life over to psychiatrists and therapist and they were no better. The mental health system is full of Christian casualties. You see consumers walking around holding on to little pictures of JESUS, Crosses, prayers, self talk in their head is God or the devil. I also have to tell you that psychiatry is no better they want to make a disease out of everything and it really isn't about healing rather control. There are people in the system who will never get better but there are people who have recovered.

I did recover by by own self will and determination, and one of the tools I used is challenging what I believe. My life was mostly built upon lies and myths. What you believe will make you sick? In Christianity it is the Devil or God. If you believe that you are born a sinner and that you are inherently evil and there is no good in you everybody is going to hell. Natural normal sexually is twisted and perverted. Those extremes thoughts of good and evil. How can you possibly have a positive outlook on life. When I realized that when I die I am not going to hell my anxiety left. I have been in therapy for 15 years. Every therapist I have worked with said I didn't have Bi-Polar disorder, I have Post Traumatic Stress Disorder. I knew about the sexual trauma, the physical abuse and neglect, but did not see Christianity as part of the package. I thought GOD was the solution.

Anybody who has ever recovered or overcame anything in their life did it by taking responsibility for their life and they live by choice. When taking responsibility for your life, I do not mean condemnation, quilt, etc. Wherever you are at today you can make choices that make you life better or worse. If there really was a GOD that created this mess he would be one sadistic being, and it would not make him God just because something has more power than you have. It is time for humans to evolve and throw beliefs in a GOD in the crapper.