The death of "born again" 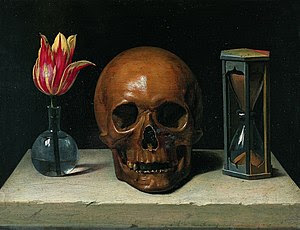 I ended up attending private Christian schools all my life. We were pretty much taught how to be sheltered from anything they deemed evil. So we were oblivious to the world outside of our church faction. Most children after graduation from high school ended up partying harder than the "worldy" folks. They were the children who weren't taught about sex and drugs and ended up getting pregnant at 17 and 18 years old.

My father was a pastor and he was very controlling. He knew how to manipulate your emotions and make you feel guilty for not doing things his way. So I grew up battling with my father because I was always one to ask questions as to why we did the things we did. Why we believed the things we believed. Part of me was made to feel bad for being the only one questioning things and another part of me felt I had a right to know why I was following blindly.

Just about a year ago I was in bed and I thought to myself, "Man I wouldn't even want my worse enemy to burn in hell forever, why would god"? So from there my search began. I begin to study the history of the church, Christianity and even the topic hell. As I studied I realized a lot of what was taught to me was farce. It was tradition. It was man made. A way to control masses of people by fear tactics. To create this good and evil and show how it has it's consequences if you didn't abide by the rules of god who passed it down to these certain "men of god".

The more I began to ask questions the more I began to realize how crazy organized religion was. How preachers take so much money in the name of god yet the people they are suppose to be helping are poor and struggling to make it through the week.

Right now at this point in life I feel life is bigger than religion. I do believe there is a creator that created everything. The beauty of the world and universe is so complex for it to created out of happenstance. I don't think man can ever understand the creator of universes. We try to understand but no man can be 100% sure of their idea of a creator. So I encourage people to just love those around you, love yourself and continue striving for knowledge of this world. Leaving religion was the best thing that has ever happen to me.