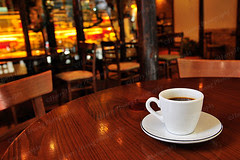 This is something that happened during high school that I wish I had looked at more directly earlier in life – it might have helped me leave Christianity much sooner than I ultimately did. I should mention that this high school was an American school based in Taiwan. In Taiwan, when I lived there, there where there were a large number of white missionaries supposedly there to convert Chinese people to fundamentalist Christianity. I had a friend in the high school– let’s call him Mike.

Mike was a nice guy. He was also quite human. He was proud of his high SAT scores. He was in love with a girl at my high school, and the love was unrequited. He was very opinionated about music, about performing artists, songs, and lyrics. He was someone I could agree with or disagree with, but I respected his intelligence.

One day, Mike invited a friend, Steve, and me to a Christian weekend retreat for high school students, run by missionaries, and, out of curiosity, we agreed to go. There, during that weekend, Steve and I both had spiritual experiences. Given the context of our experiences, surrounded by all the missionaries and fellow high school students who were deeply invested in Christianity, we became Christians. We were told to read the bible, pray, go to church, and clean up our lifestyles, etc. I was stunned by my personal spiritual experience and overwhelmed by the earnestness of all the people so quick to tell me how to interpret my own experience.

Days after that, while hanging out at a local coffeehouse that was set up for Christian teenagers, Mike commented on how he was so happy to have participated in a “miracle”—the conversion of Steve and me. It was a comment that haunted me for years afterward.

About a week later, Mike was diagnosed with hepatitis. He stopped attending school and retired to his home. At the time, it seemed to me to be one of those diseases from which people usually recover. I don’t think, in those days, much was known about the different forms of hepatitis—that some forms are more harmful than others. I didn’t think anything of it. My father had once had hepatitis from eating shellfish, and he recovered. But Mike was getting worse, not better.

The next time I saw him, he was in the hospital. Another person and I visited him in the early evening, and he was sleeping. An orderly shook him, telling him he had visitors. Mike woke up, startled, looked at us, and promptly got sick. He was really out of it, and we soon left. That was the last time I saw him.

A strange event that happened after that. It was early on Easter morning, and I had been invited to join with a group of adult, male missionaries for a prayer meeting. During this meeting, we started doing what was called “speaking in tongues” – believing we were praying in another language that we did not otherwise know. Then there was some prayer, in English, about the health of Mike. In this middle of this prayer meeting, someone started speaking, as if channeling a message from God, that we should rise up, go to the hospital where Mike was, lay hands on him, and expect a miraculous healing. Another person added urgency to this message – that we should go now. We all got pretty excited about this, and the prayer meeting came to an end. We got up to leave, with plans to get in cars and go to the hospital, when we were interrupted by a phone call. Someone answered the phone, conversed slowly, and then hung up. This person then announced to us that he had just been told that Mike had died at about 3 o’clock that morning.

We were surprised and perplexed. Mike had died before the time of the prayer meeting. So what were those directions from God all about? Had we misheard? We sat down and started praying again, and soon a new message emerged, that we should still go to the hospital and do as we had been told. In short, Mike would be raised from the dead! We emerged from the meeting, convinced this would happen…. We got in cars and drove to the hospital.

While we were still outside the hospital, as I recall, someone in the group pointed out that we had to get permission from Mike’s dad to see the body, so that we could “lay hands” on him. Others agreed. Someone called Mike’s father, made the request, and was turned down. We felt stymied. We stood around hoping something would happen to make our prophecy come true…. But, of course, nothing happened. We finally left, individually, to go to different Easter morning church services.

I think some of us met later that day or at night at the Christian coffeehouse, where one of the leaders of the coffeehouse expressed his belief that some miracle was still going to happen.

But, as we all could see, nothing had happened.

And as it became clear over the next several days that nothing was going to happen, we stopped talking about it.

Over the years, since then, I’ve reflected on how a group of apparently grown men and a high school student (yours truly) managed to dupe ourselves like that. We earnestly hoped Mike would live, of course, and so there was the motivation. But in the days that followed, no one seemed willing to talk about how childish we had all been – and how wrong we had been, about some so-called “prophecies” from God. I was shocked to realize how these apparently grown-up men, obviously devoted to their faith – men that I looked up to at the time, couldn’t acknowledge we had been absolutely wrong about everything we thought we had heard from God at that prayer meeting. I think, in the long run, it was an experience that eventually made it easier for me to step away from Christian fundamentalism, first, and then Christianity as a whole, later.