My Story - Part 2. The Miracle Child 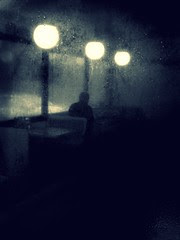 By the time I started school it was evident I had a learning disability. My ability to just speak and say what was on my mind was a major challenge. Still fighting this a little to this day but much better than it was long ago.

I would be enrolled in school and would always need special attention. Not all the teachers were thrilled with that. When I was in the third grade the teacher hated me. She made me stay in on my breaks and lunches and do more school work, mostly math. To top it off she failed me and I had to retake third grade. I would develop mental learning blocks because of this, especially in math.

This doesn't make sense as if I decided I hated someone I would want to get rid of them, not spend another whole year with them!

Years later my mom would run into this teacher at the store and told her how well I was doing and that I graduated from high school which was one of the things they figured I would never do. This teacher hugged my mom and cried she was so happy for me. Even the worst person can change if they want to. I have since forgiven her.

Through out my early school career, I would have to friends I would always be in school with, Leslie and Jimmy and they both were in the same boat as me with Epilepsy. I would also hang out with Jimmy's family a lot as a child. His brothers also had the same disability.

I have had my share of being disliked, made fun of and treated bad by the other kids. No one knows how bad this hurts unless they have been there themselves. Being able to fit in and be liked have always been a battle for me. I so desired to fit in and be loved and welcomed by people. The good news is this is no longer a battle and people love me everywhere I go. It is because of my nature as a good guy and loving person stands out.

I would end up in special education classes. I would spend most of the time in a zombie like state and was totally non-responsive to the teachers or anyone else for that matter. I recall my mother talking to the teacher and hearing how I would never have a normal life and always need special care.

Here is a tip. If you feel a child is not going to have a normal life and not have a bright future, maybe you should not have him sitting right in front of you when you say this? MmmmmmKay!

However, there was one teacher who was different. She took me on as a challenge and did everything she could to break through and get me out of my shell and zombie prison. She worked for two years at this.

Writing this next part is tearing my eyes is pardon any typing errors.

After two years something happened. I suddenly snapped out of my zombie trance and started to interact. But that wasn't all, I also started to repeat everything back to this teacher that she had taught me over those two years. Someone had a video camera that day and I ended up making the news on TV and the newspaper. I was dubbed “The Miracle Child” and people were amazed at what happened. I would have more moments like this but this blog is getting long so will do those next.

Keep in mind this was the 70s, back then people with my disability had little hope and few options. Treatment was experimental and most ended up disabled for life.

During my 20s I would have a chance to meet this teacher while working an office job downtown. I got to thank her and show her that I was able to overcome many things because of her and start to live a normal life. I would also encounter Leslie and Jimmy as adults. They still had the mind of a 5 year old child and were still where they were when they were kids. Made the hair on my neck stand up to realize where I could have ended up.

As I got older my brothers and sister wanted to teach me to ride a bicycle. For years I wasn't allowed due to the danger of hitting my head and having a seizure. This was the 70s, helmets weren't popular then. I remember getting a new bike and being taught to ride. I was all over the place and you couldn't stop me. Never did bang my head. I did crack my nuts going over a jump. I think I would have rather had a seizure. LOL

Even though I still had the learning disability I did start to wake up a little. I started to play and interact. I was kind of a show off and smart-ass as a kid. Somethings you never grow out of. Part of my current job is tech support so the smart-ass comes in handy. I also developed a very creative imagination and did a lot of drawing too.

Still very creative and have fun with it. It goes great with being a smart-ass. LOL

I believe in miracles. To me a miracle is an unexplained amazing event of some kind. Doesn't mean it has a supernatural source. Most of my life miracles were caused by interaction of others who wanted to help me or me making the decision to act and change my life.

In 1977 just after Star Wars (the original and still my favorite) two men came to our door. A pastor and assistant pastor and they were starting a church in downtown Olympia where we lived. After talking to my step dad to be, they wanted to meet me. So my step dad to be, went to my bedroom where he thought I was playing and ended up finding me outside instead. I said hi and then went and played in my room. They wanted to talk to me so my future step dad went outside, not finding me came to my room. I still laugh at that.

They talked to me and “lead me to the Lord'. I still recall bawling as I prayed and never really understood why. After all, I was only 12 but my mind was closer to 5 or 6 years old. We started attending church that Sunday. It was here that I would slowly walk into a mental prison and would be held by the chains of religion and Christianity. The darkness would soon come and I would find my life taking a seriously wrong turn. The darkness closed around my life and I would be pursued by the soldiers of the prison and a nasty dragon who wanted my very soul.

Next – Part 3. Prison, Chains and the Dragon