Divorce in the name of Christ? 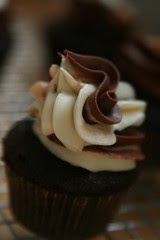 My search for the truth about Christianity is causing my 23-year marriage to fail.

The end of November I submitted a testimony to this site. I explained all about my search for answers concerning Christianity and talked about my past life as a Christian. Over the last seven or so years my wife has known about my needing to find out certain things and also partly what my findings where. I have not been able to talk to her about it much because she just does not want to know about it. At first I thought maybe I could share some of this information with my wife and partner but quickly found I could not. I have rarely mentioned anything the last few years but maybe I should not have mentioned it at all.

After her parents passed away at early ages from cancer it was evident to me that her desire to go to church was at a much lower level than previously. I felt her faith was really shaken especially after her father passed 3 years after her mothers death. She was not motivated to go to church or she would have. I never told her I had any problem with it at all. I only told her I had a problem going myself because of the things I was learning considering Christianity.

About the last three to four months I have noticed that her interest has come back. She has been spending a lot of time with a close friend that divorced her husband after twenty two years. She divorced him because she did not like her life with him any longer. There was no infidelity on his part but he was kind of reckless with finances. This was her main reason of many reasons. It was a bit suspect on her part when right after the divorce was final she was already with another man and married to him within six months.

I am telling you about her situation because she is a Christian. She was not a real active Christian but when she got remarried she started going to church a lot more. Her new husband went to this church. She claimed to have a renewed life with now the true love of her life and a renewed life in Christ as well. In the eighteen months they have been married they have had two separations and are back together again.

As I said my wife has been spending a lot of time with her the last few months. She has started going to church several times a month. I am pretty sure she is going with her friend to the church she and her husband attend. I don't question her much about it. I have only told her if this is what she needs I am OK with it.

On Christmas eve my wife told me she wanted a separation from me. She said if I don't want a separation we need to look into a divorce. She wants me to move into a rental house I own that was my fathers home. She says she needs her space and to be alone for a few months. I asked if it had to do with me not being a Christian any longer and she said yes, that is a large part of it.

She told me that all this time she has been aching inside because of the research I have been doing.

She says I should have never once tried to let her know anything of my research and it's findings.

She says I have tremendously hurt her with this.

She says she has to know she will see her parents again one day. If she does not believe in Christ she will never be with them again.

She asked me if I could start to believe as I had in the past. I said in the past I believed because I believed the people in church that told me these things were true. I never researched any of it I just believed as they said for me to in faith. Now I have read a lot of the bible myself. I said outside of all the other evidence there is against the religion being true just what I read in the bible makes me not believe. She knows what I am talking about.

I said the only way I could believe again is if I went to a hypnotist and they blocked everything I know out of my mind so I just don't know about it any longer. Then I could do the same as I did when we got married and just believe what the people in church told me on faith and hopefully not start questioning again.

This did not go over well with her. I think she now believes I am lost and will not go to heaven. She must think she needs to move on in her new life without me. I believe her friend has possibly showed her in the new testament where it teaches if a spouse leaves the faith it is not an even relationship any longer. It says if the unbeliever leaves the marriage let him leave and it is OK. I am not the one that wants to leave. I love her as I always have but she now says she has lost her love for me on many levels.

I am moving out in a few weeks to start this separation but have reservations on it helping. I have a feeling of guilt and that it is all my fault. I feel now I wish I just never questioned anything and just went on not knowing what I have found out. I have lost a few good friends over the years that remained Christians. They feel I am destined to be in hell forever and feel sorry for me. This is a bad situation I find myself in. I don't want this to happen.