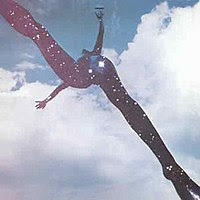 I am 49 years old and finally FREE of the yoke of Christianity! I have so much to say I don’t know where to begin.

I was born into a southern Christian family. Went to church every time there was a service. Sunday school, VBS, summer camp, choir, etc (you know the drill). I never heard any arguments of the other side and I believed it all. Yet occasionally something would not sound right. I particularly remember being in church at about age 12 at services by a guest speaker talking about Genesis. Of course the question came up about the earth being very old. He brushed it off by saying god created the earth with”apparent age.” That sounded corny to me at the time. I remember it so well because that phrase, “apparent age,” would sporadically come to the front of my brain. It made me think about other weird things in the bible (resurrection, miracles, killing) but each time I would suppress the ideas and continue on in my Christianity.

For those who grew up this way, you will understand that it is a lifestyle. All your friends, activities, interests, etc are centered on the church. After high school and college I moved around a bit. The first thing I would do in each new location would be to find a church and try to become active. I met my wife, had kids, moved again to Kansas City and continued my church life. I was church treasurer, sang in the choir, mowed the church lawn, gave lots of money and attended regularly with the family.

But I was never gung-ho, that is, I never witnessed and never talked about what god was doing in my life like other Christians (including my parents). I did actually believe it, because I would have debates in my head and always concluded it was real. I would be emotional in church and feel it was real. But sometimes it bothered me that I wasn’t bold about my faith.

Finally about age 48, a number of things happened that led to my leaving Christianity. It was like the perfect storm. I don’t remember the order of the events, but they all happened within a few months:
I began to realize that most Christians only read small bits of the Bible that sound good but are often taken out of context or are at contradiction to something else in the bible (like the two totally different versions of the birth of Jesus). I began searching the Internet for biblical contradictions. I was walking through a bookstore and saw Bart Ehrman’s ‘Misquoting Jesus.’ I purchased it and it was the best thing I had read in a long time. I read other books and Internet articles. I listened to Julia Sweeney’s ‘Letting Go of God.’ What a great story! I knew it was time for me to do the same.

The first few months were not easy. I had a constant debate going on in my mind. When you have been brainwashed for nearly 48 years it takes time to undo. But I have finally reached the point where I am fully comfortable with my new (dare I say “atheist”) self. I told my wife and 3 children (ages 18, 18 and 21). The kids said they had already reached the conclusion that religion isn’t real (after all, they said, every religion claims to be the one, true religion). I recently sent a letter to my church asking them to remove me from the membership rolls.

I am pleased to see recent polling indicating more people are letting go of religion. I think this information age will result in more and more people (especially the younger generation) taking a reasoned look at the claims of religion and rejecting them. When I was growing up in the 60's and 70's, there just wasn’t any access to information and arguments against religion.

I am now happier, healthier and wealthier than at any time in my life.