Breaking up with God 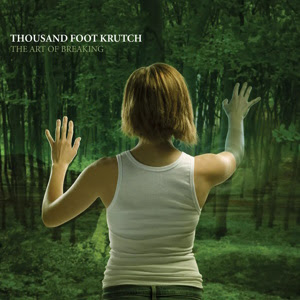 It’s funny to me how, not so long ago, I was standing up in front of the church congregation, giving my testimony of how Jesus had saved me, and now, here I am, giving my testimony of how I’ve come to completely reject that salvation. It’s also amusing to me, that if you had told me back then, that I would one day divorce God and His Church, and deny Jesus, I would have laughed sweetly, nodded my head, and had pity on your soul, because it was definitely not going to heaven when you died.

I was pretty much raised in down-home, Bible Belt, Baptist Churches for most of my childhood. My mom, who’s parents had been missionaries to Costa Rica and who had instilled their by-the-King James Bible beliefs into her brain, made sure to take me and my sister to church every Sunday and Wednesday night, like a good Christian mother should. My dad, who’s mom was a good ol’ Baptist racist, had stopped going to church when I was just a baby, but he still got out the Bible whenever it suited him.

Needless to say, with all of their holy beliefs, my parents sure had a hell of a messed up marriage. They divorced when I was ten. My dad stayed in Maryland, while my mom took me and my little sister down to Georgia to live with her parents.

Let me tell you, along with the joy of having to leave my friends, relocate to a different town, enroll in a new school, and make all new friends, I was also going to get to share a house with people who believed women shouldn’t wear pants and dancing was “of the devil”. What more could a young girl ask for?

I grew up around Christians, yes, but it wasn’t my personal choice to believe that way, until I turned seventeen. By that time, having searched for love and meaning in my life, and having found nothing to satisfy that craving, I had tried to kill myself on a number of occasions.

Yeah, my life sucked, I was unhappy, and I was very much open to anything that would make me feel alive and loved. Enter, Jesus Christ.
One night, after an angry spell had left me crying and curled up in a fetal position in my floor, for some reason, I wondered what the Bible had to say about anger. Maybe it would relieve some of my feelings, I thought.

I’d never actually read the Bible for myself, just believed what others had said about it without question. Because, questioning God was one of those things you didn’t do, if you wanted to stay on God’s good side. He was all loving, but also demanded respect. Questioning His ways, well, that was like spitting in his Divine Face. Not very smart, since He had the power to destroy you.

So, that night, I read the words of Jesus for the first time without anyone assisting me, and they truly seem to touch something deep within me. The love that Jesus talked about was something that I had been looking for for a long time. And if this was what Christianity was all about, then I wanted in on it.

I realized, then, that I had known about God for a long time, but I had never had a “relationship” with him. So, that was my new goal in life.

After that realization, church took on a whole new meaning. Instead of seeing it as a time to play volleyball with friends after youth group, I saw it as an opportunity to worship the wonderful God who had given his life for me because he loved me so much. I left the youth group, because they weren’t really serious about Jesus, and started going to the “Big” church where I could get the teaching I desperately needed. I also joined the choir, so I could have an audience see the smile on my face, as I sang for Jesus, and know that I loved him. And maybe that would cause them to love him more.

I got serious about my faith. So serious, that I started reading the bible every day, talking to God every day, reading all the books I could find by “true teachers of the word”, and listening to the preachers preach on Moody Radio. It got pretty ridiculous, actually. I threw away all of my CDs with the “ungodly” music on them, I quit cussing, I smiled a lot more, I started being nicer to my family, and I refused to watch any television or movies that would be considered disrespectful to my lord.

The problem was, the more serious I got about following Jesus, the more I saw that others were not being faithful followers of what they claimed to believe. They said they were Christians, but their lives did not resemble Christ in any way. This hypocrisy made me upset and angry. And, from these observations and feelings, I humbly grew the self-righteous attitude that I hate so much.

Well, for four years I “continued in the faith” while battling depression and feelings of worthlessness. Not that the two were related or anything.

At 21, after a severe bought of depression, I ran off to Washington State, where I ended up sharing a nice house with 3 other girls and a couple with kids. The house had been built as a ministry for single Christian women, with the couple being sort of like the house parents.

I was still an avid Christian, at this point, but I was starting to get tired of having so many questions that my Christian friends or the Bible couldn’t answer. Questions like: Why were there so many different versions of the Bible and what made one more accurate than the others? Why were there so many Christian denominations? Why did God create the devil if he knew beforehand what he would do to humanity? Why did God create Hell, instead of just destroying Satan? Why was Christianity supposedly all about loving your neighbor, when most of the Christians I knew could be so hateful and unloving?

I was also having a problem with the Christians I was living with. They felt that it was their duty to “hold me accountable” for my “sins”. If they thought I was doing something that wasn’t glorifying to God, then they had a meeting with me about it. I know they meant well, and they loved me, but it was getting really annoying. They also had some rules, which I understood why they were there, but it didn’t stop me from questioning them. Like we couldn’t have a boy in our room at any time, we couldn’t be sexually promiscuous, and we couldn’t give the appearance of doing anything inappropriate because it could taint our testimony to others.

I guess, after going so long with unanswered questions, seeing all of the hypocrisy in the church, having no self-esteem, and having other Christians judge my “sins” and tell me what I was doing wrong, I finally just threw up my hands and said, “Fuck it.” I realized that I hadn’t found what I was looking for in religion, and I didn’t want to feel guilty for my actions any longer.

It was really difficult to break off my relationship with God, but I knew it had to be done if I wanted to keep my sanity. My last words to him were, “Since you are all-knowing, God, then you know why I have to stop this, and if you really love me, then show me that you truly exist or I’m gone.” Yeah, obviously, He never replied.

Now, at 23, I’ve finally liberated myself from religion, and it’s a wonderful feeling. I am so thankful that I am now thinking for myself, and don’t have to worry about what God or other Christians think. It’s been hard gaining my self-esteem back, but I’m slowly making progress. It’s really great to know that other people have been through similar situations, and can understand where I’m coming from.