Another viewpoint of Unbelief 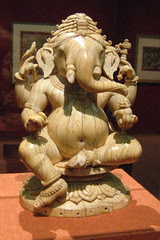 I deconverted from Christianity over three decades ago. I was raised in the United Methodist tradition by a conventionally conservative Nebraska family. I think the roots of my disbelief may have been planted as early as the time I discovered the non-existence of Santa Claus.

I took a tangential interest in Sunday school during the 1960s when I was looking for mainstream religious validation of my peace movement alignment against the war in Southeast Asia. But beyond that, I didn't put a lot of faith in the Bible-God or Christ.

I officially washed my hands of Methodism after I left home to move to San Francisco in 1973. I love ritual and pageantry, so I got swept up into the surface practice of the New Age movement. I didn't actually believe any of the stuff, aside from a short journey into astrology, numerology and psychic healing. I tried my hands at those things and figured they were all bogus as well. I understood all of these spiritual arts in an abstract way and appreciated them as cultural artifacts and nothing more.

In my mind, I had an opinion that most folks didn't actually believe in the big three Abrahamic religions nor the showbiz of New Age. All of it just a social sham that folks just pretended to believe so they wouldn't offend their parents and grandparents or to have a base of operations for weddings and funerals.

To me, affiliating with a religion or spiritual path was on a similar scale as affiliating with a political party, becoming a fan of a baseball team or immigrating to another nation. Big things, but still just superficial labels in the overall scheme of life. The main idea being that I still understood all of the religions, cults, sports fan clubs, etc. as abstract concepts. Albeit abstract concepts that people get overly attached to; the way San Francisco Giants fans are overly fond of "their" team and opposed to the infidels, the L.A. Dodgers.

I did understand that it was wise to keep my skepticism to myself because I knew that people are very attached to their self-labels as Giants fans, Astrologers, Muslims, Jews, Christians as Americans routinely understand these sorts of affiliations and attachments to opinions. Still, I didn't really understand the depth of belief that the majority of people have regarding their beliefs. I was really out of touch in that way.

I took the opportunity to visit India with one of my fellow Buddhists. My friend and I are skeptical Buddhists who practice the mental calisthenics and disciplines as ways to maintain focus. We also enjoy being armchair anthropologists. Right away, I fell in love with India and its incredible variety of people and cultural practices.

I had/have a working knowledge of the basics of the main branches of Hindu religions so I was eager to partake of checking out temples, shrines, etc. This was easy because our host is a devout follower of Ganesha (the peaceful, auspicious elephant headed god). I've enjoyed reading much of the Hindu mythology as entertainment and as morality tales. Hence, Hinduism was just another abstract concept to me. Even less real to me because I was visiting a vexing wonderland far away on the other side of the planet.

One day, my Buddhist friend, our host and I took a day-trip to a community several miles north of Mumbai. We had a wonderful time at the beach, schmoozing with the locals and sightseeing. We decided to cap the evening with a visit to a brand-new temple dedicated to Ganesha. The temple was spectacular and looked like something straight out of Disneyland. I was captivated by the artistry of the statuary of hundreds of Hindu gods. In the main shrine was a stunning statue depiction of Ganesha. The image was almost hypnotic in its beauty and decoration. We eventually started a circular walk around the image. About half-way through the circle, a middle-aged male devotee approached me in an extremely hostile manner. His face was literally right in front of mine as he screamed angrily in Hindi. He was raising his fists to pound me when my host quickly intervened. The devotee backed away after my host explained something to him, also in Hindi. Immediately, my host turned to me and told me to bring my hands forward in a prayer-like pose and to hold them together the entire time we are inside the shrine.

Later, my host explained that in my ignorance my manner of holding my hands behind my back was interpreted as an extreme insult to the Lord Ganesha. My host had told the devotee that I was just a stupid American who was ignorant about etiquette inside of a holy shrine. It was brought forward to me at that time, just how sincerely the devotee was in his faith and belief in Ganesha.

I gave a lot of thought to that incident afterwards and also during the flight back to the USA. I was trying to piece together how people could believe that such a preposterous, peculiar, bizarre looking god, Ganesha, was a real being to be worshiped and sincerely adored. It was during that mental puzzlement and brainstorming that I finally understood that most people who are attached to the abstract concepts of religion, cultism, sports-fannery, etc., are very serious believers of these ideas.

As a reminder of the fact that people take their concepts too seriously and as a memento of my visit to India, my host sent me a wall-mountable likeness of Ganesha. I have him hanging in my computer room. BTW. Ganesha is considered to be the god of good fortune. Visitors to my den understand that he is my tongue-in-cheek good luck charm. Whenever I read or hear about the horrendous, outrageous events that are triggered by religious followers, I remember that those followers are deadly serious in their beliefs. I sometimes afterwards, glance at the Ganesha image and remember my vivid encounter with absurd belief systems.