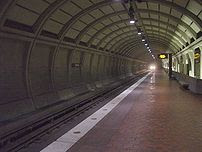 Sent in by Richard

I was raised in a loving family in a quiet suburb of the city of Chicago. My mother was a graduate of Wheaton, the school that produced Billy Graham and many other respected evangelicals. I attended church, went to Christian camps, memorized verse, and studied what I was given in order to be a better lamb of god.

It was actually this study and desire to learn more about the faith that caused me to have what I call my first epiphany. The bible, I discovered at the approximate age of 20, was filled with nonsense. It was incomplete, being a product of Byzantine politics rather than divine inspiration. I did not turn from the faith at this time. Instead I chose to cherry pick the parts of the bible that made sense to me, and ignore the rest.

My second shift came as the result of my profession. I joined the marine corps, and was sent overseas. I saw gut wrenching poverty on a scale that stunned me. I saw absolute squalor, and human misery that made me catch my breath and sob. At this point I asked the question nearly every self described intelligent Christian asks: Why is there such abject suffering among innocents, and why does God do nothing to halt it. The old arguments that justified suffering were no longer words on a page. It was real, and it was in what I still considered gods world.

The final understanding came when I finally understood that there is no half measure in religion, and this brutal iron age myth demands utter obedience to an ethos that is far more interested in keeping individuals faithful than it is in helping the weak, the poor, or the hurt. I came to view self described moderates as fools who give cover to the lunatics. Further, I understood that it was these fanatics who understood the true facts about the religion. It is the plane flying murderers and book banning freaks who understand and accept the bible in its real form. Any cherry picker, as I had been, gave these lunatics the right to exist without ridicule.

I am not a Christian. I do not know what happens after we die. I cannot say how the universe was created. I have no idea if god exists. I only know that I still have the capacity to love, feel awe, pity suffering, and show compassion.