I need a drink 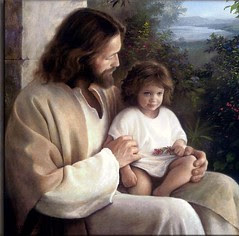 Sent in by Jenny the Disaster


Of all the areas of my life, my faith has been challenged the most my entire life. I feel like this has been a long time coming.

I struggled greatly with religion as a child. Even while I was in Sunday school, learning all about Jesus and God and the Bible, I found myself asking very difficult questions. I didn’t have doubt in my heart. I actually enjoyed myself very much. I liked the stories. I loved Jesus. I just thought God was mean.

I didn’t understand why I was to worship someone who made life so difficult for some and so great for others. Was I supposed to worship him until he did something nice for me and hope that my family and I would somehow be one of the lucky ones? What makes you lucky? What makes you better than everyone else? What makes us more important than anyone of any other faith?

But asking these questions was getting me nowhere fast. And the lack of advice on the subject told me I should just accept the fact that I’m lucky and privileged and everyone else was wrong and unprivileged. So I shut my mouth and my mind for years. I waited around for life to happen to me and hoped and prayed we’d continue to be one of the lucky ones.

Thus spirituality, faith ended up being something separate for me. It was something to cling to when I was scared or exhausted. Something I relied upon to pick up the slack with my happiness. Faith pushed everyday frustrations and boredom away from me as much as possible and kept it from affecting my mind or soul.

But did keeping the frustrations away by saying “it’ll all be okay in the end” prevent me from really experiencing life? What was I missing?

So I ride the subway. I see a very poor young man sitting across from me. He is just riding the subway in his dirty clothes and long beard. He has a smile on his face and his hand is cupped around an imaginary drink of some kind. He doesn’t even seem to be going anywhere in particular. He’s just sitting on the train, enjoying the morning with his cup of fake courage.

My first instinct was to pity this guy. However, a strong sense in me arose out of no where. I began to connect with this young man and his strange cup.

With my upbringing, I was programmed to believe this young man is a leech on society with a bad drug habit and I should ignore him before he somehow hurts me.

He was just a boy. Younger than me. Maybe he had a drug habit, I don’t know, I didn’t see it. Maybe he was crazy for sitting there with his imaginary cup, drinking nothing, and smiling at everyone on the train.

I began to wonder what was in his “drink.” Was it coffee? Tea? Gin? Tequila? Perhaps it was a chai latte? I don’t know. Whatever it was, it was doing the job. He was getting through the day and having a pretty grand time at that. He was enjoying his day more than I had enjoyed one in a long time. He was so dirty, so poor, and so happy. I was clean, had enough money to eat and to have fun, and I was miserable. Whatever was driving me to get through the day was failing me fast. I looked enviously at his “drink.” Longing for my own.

I couldn’t stop thinking about my “drink.” I had one for so long. I had an overwhelming sense that despite it all, I’m privelaged and should feel lucky. Bottom line: everything was going to be allright. It had to be, because I was good person.

But what made me so good? What did I do that made me so good? I read the same book my parents did and tried my best to believe it without question. I try to do good deeds for people so that I can make up for all the bad things I’ve done. I don’t hurt anyone physically, I was polite to strangers, and I tried not to take more than I needed. I had good intentions… but was I really a good person? And would everything really be allright in the end?

Days go by. I wait around for something to make my day. More days go by. Question arises: What if I made my own day?

I couldn’t stop thinking about this. It was consuming me. Why had I spent so much of my time denying and ignoring the immediate experiences around me? Was life really so horrible that I couldn’t get enough joy from life in general? Was it so bad that I had to indulge in a spiritual diversion? Is that why religion exists? Or at least, is that why it exists for me?

I wanted to believe so badly. I want there to be something more. I don’t like thinking that nothing will happen to me when I die. Or that I could live my life stepping on people and things and never receive any comeuppance for my behavior. I tried and tried to make it real to me. But I just couldn’t see my worship any different than the guy with the “drink.”

We both wanted so badly to believe something was there.

So the last question I am left with: If God doesn’t exist, what does? And how do I leave myself open to it?

And so the spiritual journey continues. I’m still not sure what’s out there. But I have a feeling I’m only at the beginning of my quest for truth.

I may never get an answer to my hundreds of questions about this life and why we live it, but at least I’m asking. There’s at least one chance I may get some answers.

Or at least, I’ll pay even more attention to those poor “drug addicts” who haunt the Manhattan subways.