Messages of hate, discrimination and malice 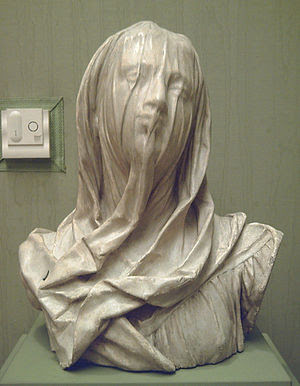 I'm new to this site and just thought I should share my deconversion story with you guys.

Im just 21 years but Ive had maybe 15-16 years of total brainwashing in my religious faith.

My mother was unable to become pregnant even after doing all the medical stuff. When she attended an open air crusade, the "pastor" told her that she would have a child before the year was done. I was born on the 29th Dec. Because of this I was drowned in Christianity -- church every Sunday and all that BS.

I grew up in the Pentecostal faith with all the trappings- shouting, being filled, speaking in tongues, etc. I never thought much about it except that if I sinned I would go to hell. I was scared shitless about doing the wrong thing.

In my family so many "miracles" were performed -- from my sister being deathly sick and how many ever specialists could not figure out what was wrong with her and then when they took her to church she was healed in maybe a week's time...

I wasn't all that enthusiastic about church, but boy oh boy did I believe.

All these miracles sealed in my faith for maybe two years until I started actually trying to listen to what the preacher was saying (those damn long boring sermons). All I got were messages of hate, discrimination and malice. I just couldn't understand why.

I am in college at present and realized to myself the reason why religious folks believed and accepted what they did. Its because they never stopped to ask themselves whether what they were being taught was the truth. They never questioned what the preacher or the bible said. If the bible told them spare the rod and spoil the child, they would not stop to think about other less harmful ways of discipline etc. Of course most of what I thought about directly influenced my life (where I live corporal punishment is accepted and even encouraged etc).

One thing I learned in college is that there is great need to question, to understand. It doesn't make sense to rattle of some long formula or something without understanding the relationships and the dynamics behind it.

It was then I decided to really look into other religions --- see why Christianity was the "correct" religion and why everyone else who didn't think just like me were going to die... ( I know most of this sounds so cliche but this was exactly what I was thinking). I realised that no religion is perfect. I believed there were many paths that lead to the same place... Then I found Wicca. I loved it. Witches, spells, nature, it called out to what I loved the most. Mostly it was about me.

Now I love to argue (debate) and generally am very open to what I think/believe and I do think I am very open minded. Once you make sense and disprove my theory I will change my belief. So on one fateful day I was having a conversation with a group of friends about religion and I was explaining why I liked Wicca so much and one person asked me a question that forever changed the way I thought. Do you really believe in The Godess or even God. After that I basically had an epiphany. No I didn't. All this time I was too scared not to. I was brainwashed into thinking that there had to be a God when in fact I never questioned that belief. Why did I think there was a God? Why did I think he was good Why did I think he created humans? WHY WHY WHY? And the answer is I DONT KNOW. I just believed because I was told to believe. Then I realised that If I were born in a Muslim Country and was raised a Muslim I would be thinking the same about Allah and therefore this was all based on circumstance.

I have told my parents that I did not think going to church made any sense and I gave them a couple reasons why but I have not told them that I do not believe in the bible and in God as I am still very much dependent on them and they will force me into doing things I do not want.

Since de-converting so many things I had to change, the guilt at maybe being wrong, the fear of being ostracized, ridiculed by others, but all of that cannot change the fact that I do not and have no reason to believe in a God, much less the Christian one.
I still don't have answers to these "miracles that occurred but I no longer believe that everything I don't have a reason for is due to "god"