Re: Religious Disenchantment Narratives and the Arts 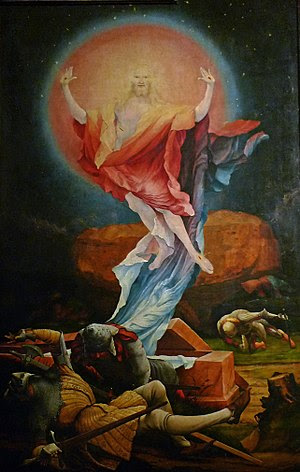 This is in response to Philip Francis' request for stories of people who left Christianity and the role that the arts played in the de-conversion process.

What you will probably discover is that people who leave religion do so for a wide variety of reasons. But one common thread that you will most likely observe is that most people do not leave their faith easily; in fact, deconversion can be a slow, arduous and emotionally taxing experience that can break friendships or destroy marriages. What follows is my own story as it relates to your dissertation.

I was raised in a nondenominational Christian home, the son of a single mom. My parents divorced when I was three years old. As a kid, I always remember my mom being a very loving person to me and to the people that we associated with. She always had love for people who were down on their luck in one form or another. She had what I would now call a genuine compassion for humanity. But although I didn’t see it then as a kid, a lot of people that we went to church with back then didn’t seem to have the same level of compassion that my mom had. And in some ways, they seemed impressed my what they saw in my mom.

As I grew older, I thought that my “relationship” with Jesus Christ should be stronger so I made a commitment to follow him. After High School, I joined the Air Force and went to England for my first assignment. It was during my tour in England that I began to build what I thought was a relationship with Jesus. I participated in the chapel activities there, spending a lot of time praying, studying the Bible and doing those things that young Christians do to strengthen their faith. But even back then, I remember having serious questions and doubts about my faith.

When I was in Germany, I got a phone call from my mom. She started off by telling me that she loved me and that she would always be my mom no matter what. Then she told me that she was gay. For a brief moment, I had a hard time processing this information. As a Christian, I knew what the Bible had to say about homosexuality. Here was a woman who took me to all those churches as a kid, those evangelical, roll-on-the-floor, speak-in-tongues, bible thumping, fundamentalist churches who would most assuredly not approve of what my mom had just told me. I remember being overwhelmed by what she told me but to my own amazement, I accepted her and still loved her. I had no feelings of judgment or hatred toward her and within a very short period of time I came to love and accept her partner. But I still had to mentally “square up” my mom’s sexual orientation with what I thought I knew to be “God’s Great Plan” because up to this point, they didn’t seem to agree. You asked what role the arts played in this phase of my life. I played guitar at church and while I listened to and played a lot of contemporary Christian music, I also enjoyed a lot of non-Christian music as well. I was (and still am) a fan of Roger Waters and Pink Floyd. In 1991, Roger Waters came out with the album, “Amused to Death”, which was largely about the effect of television and how it is used as a tool to sell things to us—not only goods and services but ideas like our national identity and foreign policy. One of the main themes that ran through the album was the idea that whenever our political and religious leaders tell us about a policy decision, God is behind us; God is on our side. God wants peace, God wants war, God wants (fill in the blank).

By this point in time, Jim Bakker and Jimmy Swaggart both had their sexual scandals exposed and for the first time, I began to have serious doubts about the role of Christianity in my life. After I got out of the military, I went through a series of very low-paying jobs and had trouble paying rent and buying groceries. One day I was so desparate that I tried to go into a Catholic church to pray and wanted to talk to a priest but I was told that there was no priest available and I could not come in. I was stunned and angry and right there on the steps of that church, I stuck both middle fingers up to the sky and said, “God, I’m beginning to doubt that that you are even real but if you are real, then you, Sir, are a major-league f***ing ***hole.”

A few years later, my career situation improved and I even had serious plans to settle down with a woman and her two children. But it was not to be and I found myself alone. I had a great job but no one to love. This was another issue that has always plagued me. I’ve never been good at socializing and dating. I always seemed to get left behind and had to watch the women go off arm in arm with some other guy. By this point in my life, I really began to ask myself the hard questions. Is there a God who loves me and has a Divine Plan for me? How do I reconcile my mom’s sexual orientation with the Bible? And for that matter, is the Bible the true book? IS there a “true book”? I began to have a nagging suspicion that all of this stuff was a load of rubbish, made up by mortal men as a tool of social order to keep people in line. This was about the time that Richard Dawkins’ book “The God Delusion” came out. I read that book the very first week that it hit the shelves and I devoured it. I realized then that I was an atheist but I didn’t need Richard Dawkins to tell me who I was. I already knew; I just didn’t have a label for who I was. As to your question about the role that the arts played in my deconversion, I would have to say that I already had a basic framework of my world view but books, music and film all played a big role in helping me to crystallize my thoughts. In fact, I have a play list of music and spoken word immaterial in my music library titled “Atheist Stuff”.

This phase of my life was the roughest for me. I found myself alone and depressed. I realize that there is most likely no God looking out for me. I will probably be alone and involuntarily celibate for the rest of my life because I just don’t seem to be attractive to anyone that I am attracted to. I am as certain as I can be that God doesn’t exist but as said before, if he does exist, he truly is a major-league ***hole to create so many people who can’t seem to find someone to love and be loved back.

You asked about things that may have filled the void that faith once filled. I would like to call myself a Secular Humanist and I would hope that at some point I could truly adopt that label but I can’t do that at the moment. Right now, I find myself hating the men and women because I don’t have a wife or a girlfriend and can’t seem to get one. I don’t feel like I am a part of the human race. The way I see it, if you don’t have sexual magnetism, you won’t find a partner and there is no god anywhere who is going to intervene. I hold out hope that my life will change in this area but I’m not holding my breath. As you can surmise, my journey has been dark and bitter. Other atheists have had much more positive and liberating experiences.

I will add one final thought, about this journey. I have noticed that Christians will frequently ask atheists the following question: “Why are you mad at God?” This is the wrong question to ask. Asking an atheist if they are mad at God is like being mad at Santa Claus because you found out that he isn’t the one who brings you your presents on Christmas Eve. If atheists are angry, then the anger is directed toward those people who continue to perpetuate the myth.