My quest for truth 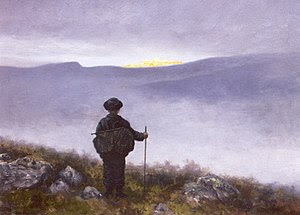 I have been reading posts on this site for a while, and I taught I might share my experience as well. As almost everybody, I was born in a Christian family. (I was born in Chile, South America, where I still live today so my English is far from perfect. Sorry about that.). When I was young I went with my parents to an Anglican (Episcopalian in the states) church. Then when I was a teenager, my parents encouraged my brothers and me to go to our church’s youth group, and we ended up going every Friday night to the church. At the beginning it wasn’t a big deal, it was fun and interesting and a great opportunity to meet other teenager. But as the time went by, I found myself in charge of the youth group. At first I only had to find older people to prepare a topic to reflect on for the meetings and I wasn’t even very involved with the faith. But when I was 18, I received a new bible and started to read it every night, I also began to go to a Christian group at university where some people knew every bit of the bible… I was amazed by their knowledge and faith. With them I discovered the “power” of prayer and I stated to pray a lot. It was great to speak with Jesus and see his will been done in my life. My faith was getting stronger and stronger, and at that time I understood that god wanted me to be the leader of my church´s youth group because I finally had something to pass on to others; a strong faith and knowledge of god and the bible.

During the next 6 years I ended up preparing almost all the topic to reflect on during the Friday night meeting and to do so I read the bible completely several times and a lot of Christian books. I also started to listen to Christian music and even I composed Christian music since I play piano and guitar. A that time I also met friends form other churches and we started to do some activities together. I also started to attend to the services and spiritual retreats of my friend’s churches. With those friends we organized several missions to convert other peoples to Christianity and to tell the world the “truth of Jesus”. Furthermore, on my third year at university, I was chosen to be the leader of the university Christian group and some year later I was also chosen to be on my church´s directory board. It was a time when I dedicated almost all my free time to spiritual activities, Friday night youth group, some Saturday in the afternoon we visited a orphanage, Saturday night other youth activities, and Sundays we had our church’s main service on which I was invited several times to preach.

To make a long story short, I had Christian activities almost every day, and I seriously thought of becoming a pastor but I was studding engineering so I decided to finish my studies and then I was going to decide if I would become a pastor or serve the lord with my work. But everything changed…

At some point of my university studies, I though on doing a student exchange. Because of that I left the youth group leadership and other youth friends took it over. And that year, as I didn’t have the obligation to be so involved and to prepare a lot to topics to reflect on, I began to have a faith crisis. I didn’t doubt of anything but it was just that I didn’t feel god in my life anymore. That same year I took an optional course at university about the history of the world’s main religions. It was great, but disturbing. I always have taught that other people believed ridicules things that didn’t even make sense. But soon I realized that other religions had similarities with Christian faith. I also realized that people who believe different things had, from their point of view, good arguments to believe what they believe, and obviously they thought they were believing in the only true god. As I have always be interested to learn I bought the Koran and I began to read it, but I was feeling very guilty because I taught it was like reading the devil’s book. But I kept reading it and I was very surprised of what I found; I taught I was going to find a lot of violence but I found a message of peace, submission to the lord to have his forgiveness. (There are some verses that have messages of violence but I think the bible have more of those ones.) I found amazing that the Muslim faith wasn’t so ridicule and at some level the message was similar to the Christian message. On the history of religions course I learnt a lot of things that were disturbing, for example that some history of the old testament were based on previous myths that were changed to meet Jewish standards, that there were two Isaiah and that some portions of the bible weren’t literals (Genesis 1-12). That was becoming to be confusing for my faith but very interesting.

Eventually I did my student exchange to Australia and I took a course about history of the first century and another lecture about sects. Those courses where very interesting. With the one about sect I was amazed how people believed weird things because of a charismatic leader and with the history course I realized that the history of the first century was more complicated than what I was told at church. So I decided that I should read and investigate more on those topics and I should start a new group back in Chile to learn more about different religions, history of religions and those kinds of things. And I did, when I came back we started a group with some friends that had left church. It was a great group because everybody liked to read a lot and share what they have learned. But it was becoming scary, all the certitudes I had based my life on where falling apart. As the time went on, I realized that the bible has contradictions and some stories of the gospels don’t match. But I was still holding firmly the belief on resurrection. (A couple of years before I had read a book called “Evidence that demands a verdict” by Josh McDowell's and because of that I got very convinced about the historic evidence for Christianity.)

At some point I heard an audio course by The Teaching Company called The historical Jesus by Barth Erhman. It was a 24 lectures course about historical facts about Jesus, and I was great! I think it came just at the right moment on my quest for truth, because I knew some of the things I heard on the course, but at that time I got convinced. I learn that the characteristics of Jesus were common on the first century, teacher doing miracles, even resurrections… I also got convinced that the time that separated the facts and the writing of the gospels made impossible to know the historical facts, what we have are stories told and changed by oral tradition. Furthermore in the bible we only have 4 stories of all the gospels written about Jesus and of those, 3 are based on the same sources (and they don’t even agree). I also got convinced that there isn’t a lot of evidence for resurrection, there isn’t even a lot of evidence outside Christianity for Jesus. I realized that if you take the bible literally it all made sense, the fall in genesis, the prophecies about Jesus, miracles and Jesus’ resurrection. But all the evidence is based on taking the bible literally, and the literalism didn’t make sense for me anymore.
Then I read a book called “The wisdom of insecurity” by Alan Watts, and the message was that it is ok to be insecure, it is the normal state, to be sure about spiritual things is just an illusion. Unconsciously people fear insecurity so they believe in stories to reduce their insecurity.
Eventually I got convinced that there isn’t enough evidence to believe that Jesus was god and even I think there isn’t evidence for a god at all in the world. I loved Bill Maher documentary and his message that the best answer about if there is a god is “I don’t know”. Now I almost stopped going to church, and it has been sometime difficult to be understood by my Christian friends. So I go sometimes to church just because of social interaction, and to keep the friendship, but as it is difficult to speak with fundamentalist Christian a lot of friends of mine don’t even know that I don’t believe anymore, but that is ok, I have made new friends outside the closed circle of the church.
Now I think that everything is a about paradigms. Last year I hear a phrase that says “you see what your knowledge tells you to see” and I loved it. I think that if you believe there is a god you see it everywhere, but if you don’t, you see evidence for the non existence of a god also everywhere. I like the analogy of watching a sunset and seeing the sun going down. For some people in the past centuries it was evident that the sun moved around earth, and now it is evident that it is earth that is moving around the sun. Same fact but different conclusions depending on your knowledge and paradigm.

The last 5 years of my life had been a great journey in a quest for truth. Now I am an agnostic and as I learn more about science, astronomy and all the wonder of our universe I think that with our tiny brains we can’t understand everything. If there is something that created the universe, and hence should be bigger than the universe, I think we can’t say we understand it completely with our limited brains (we don’t even know the whole universe). Because of that we will always have unanswered questions and we will have to learn to live the wisdom of insecurity.

Recommended books that I have read on my quest for truth:
Lost Christianities: The Battles for Scripture and the Faiths We Never Knew

, Historical Jesus (audio at TTC), & Misquoting Jesus: The Story Behind Who Changed the Bible and Why (Plus)

The Wisdom of Insecurity

The Power of Now: A Guide to Spiritual Enlightenment

by Eckhart Tolle (Great book about enjoying the present)

A Short History of Nearly Everything