Escaping the cult of Methodism 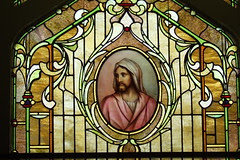 A little over a year ago, I was a serious Christian. In fact, I was a licensed pastor in the United Methodist Church. That's a not a flavor of Christianity normally associated with being a cult, but I discovered that any cause, if you get in deep enough, can become a cult.

I was in seminary and on the long and very arduous journey to become a fully ordained pastor in my denomination. I had been appointed to a small country church. It is common for the denomination to send seminary students to small churches that can't afford a full-time pastor.

I was doing fairly well, and I sure worked my ass off and led sincerely and passionately. But then a very charismatic woman joined the church. She began spreading stirring up dissent against me, spreading malicious lies, and having secret meetings with my District Superintendent (supervisor).

It's a long story, but in the end, I was booted out of the church and she was appointed pastor in my place. This was done with the complete cooperation of the District Superintendent, who undermined my leadership at every point.

Methodists are a people of order and rules, and there is an entire Methodist law book called The Book of Discipline, detailing how churches are supposed to be governed. The DS violated many, many of these rules, both in letter and spirit, committing serious acts of professional misconduct.

He then wanted me to take the blame for his screwups, and how seriously dysfunctional the congregation had become due to this woman's and his subversion.

It's a long story, but the short version is this: I told the truth to the governing committee, and reported his professional misconduct. In direct and specific retaliation, I was thrown out of the ministry.

I followed the complex complaint process through every step and to every level that the Discipline allowed. The various bishops involved simply refused to process the complaints, in plain violation of the Discipline. They were completely unashamed and brazen in their abuse of power.

Everyone involved in the process was so callous, so heartless, so over-the-top uncaring and savage to me, over and over again, that it essentially invalidated the Christian faith to me. So after much thought, I wrote this: A Declaration of Spiritual Independence .

I renounced the Christian religion. The fraudulent nature of the Church had become so clear that I simply couldn't go on believing. And because the Church claims a monopoly on Christianity (and throughout Christian history, always has), it didn't make sense to go on calling myself a Christian but thinking of the Church as a completely invalid theological concept.

Since that time, I have become more aware of how much of my mind and life was taken over and ravaged by Christianity. And that I was a willing participant in this destruction. I am angry at the Church for hurting me so terribly, and I am angry at myself for being so easily fooled.

But the days of destruction are over. Since then, I have not wasted a single moment in the parasitic entity that is the Church. And my life is only better for it.