I don't NEED to believe in anything anymore 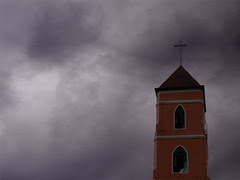 Well, where do I come from? A world of Jesus, submission to men, God and parents, homeschooling and home churches. A world that would prove to be full of abuse, manipulation and illusions created by crazy men.

My family was part of a conservative world which many mainstream Christians like to dismiss or ignore. We were part of the homeschooling fanatics; and many of our friends were right into "God plans your family": and there was always a sense of us vs. them (the "world").

I was very involved in all it growing up, right up to my mid teens. I could quote Bible verses like no tomorrow. I was very self righteous, and thought I had it all figured out. I truly believed that we as Christians were destined for heaven and the worldly for hell. How wrong was I?

That world that I thought was so fantastic? Well it wasn't. It was a world created by men who had agendas. And sadly many of those agendas included daughters and abuse. I was lucky compared to many: I had it bad, but not as bad as many others. And there were many others. 90% of my peers growing up experienced some form of abuse.

After all of it came out in my mid-teens I was truly at a loose end: I didn't know what to believe. I clung to the old beliefs for a long time, trying to deny the reality. I kept up a facade of belief, going to church, following the bible: being the perfect Christian.

It was only when I hit uni that things started to change. I started having gay people as friends and realised that they weren't as evil as my parents had made them. That in fact, they were less judgmental than many people I had known in the Christian Church. I found that everything I had been warned away from I now enjoyed and loved: non-Christian music for example, or a good party.

And then there was my partner, whom I lived with. The guilt kicked in, helped along amply by my mother, who by this time had divorced my father, but still chose to cling to the old ways. We survived as a couple, just, but we did it: and are getting married now 3 years later: in a registry office, not a church.

My spiritual journey took a little longer. I find the 'church' as an organisation abhorrent now. After all, a Baptist church helped keep many abuses perpetrated by one man hidden for nearly three years until outside forces took hold and did something.

It took me longer again to let go of "God". In fact, I think you could argue I still haven't let go of the idea of an "ultimate being". Yes, I no longer believe in an Abrahamic God. Yes, I no longer believe in the Bible as the book to end all books, as the ultimate truth (I love some of the stories etc, but many just leave me appalled). But there is still a part of me who clings to vague idea of an ultimate being. And I am ok with that. I don't NEED to believe in anything anymore. I get to choose my own belief system, my own morals.

And ultimately, I think that has made me a better person. I don't feel so guilty anymore, even though there are times when the old ways call.

I am me. Not God's child. Not a sinner. Not loved by Jesus (hell he doesn't even know I exist: he has been dead for quite a while now). I am not going to hell. I am a person and I have a life without fear of an ultimate being who likes to crush and destroy people.