How silly it all is! 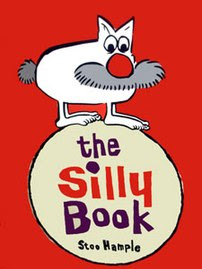 Image via WikipediaSent in by Jacolyn

It has been one whole year now since I officially became an ex-Christian. It has been an interesting journey! I think it's funny how once you start looking at Christianity from the outside, you really see just how ridiculous it is! It's so obvious to me now how silly all religion is in general.

In the past year I think I have been through the following "phases":
When I think about it honestly, I now would have to call myself an atheist. While my "wishful thinking" side would like to think there is something "out there" watching over us, my rational side sees zero evidence for it.

Recently someone on this site said something like "It's funny how the invisible and the non-existent look exactly the same"... Well that pretty much sums it up for me! If you can't see it, can't hear it, can't touch it, can't smell it, can't taste it and can't experience the effects of it than it's a pretty safe bet that it doesn't exist!

I think it's funny that in some sermons Bible-god is likened to a loving father!! That's a joke. If there really was such a thing as an all powerful, all loving god, then we would know about it! There would be no disputes. You don't see any children fighting amongst their siblings about whether or not their parents exist!

What you also don't see is a loving father who lives in another country to his children who has never met them or spoken to them but wrote them a confusing letter before they were born. A letter that basically says that he loves them but if they don't believe in him and love him and worship him then he is going to torture them eternally...

I think it's funny that in some sermons Bible-god is likened to a loving father!! That's a joke.

If there is a god, we shouldn't be punished for not believing in him/it/her...

So many of my friends are still Christians, and they have devoted their entire lives to Jesus...what a waste to live every moment for a non-existent being...And they think they are doing something very important...

It's so obvious to me now how silly it all is!