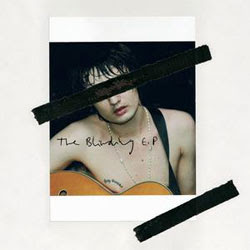 I have always asked myself about the existence of God.

I was raised up in a Christian family and sent to a Christian school. For many years I was afraid of Hell even though I got "saved" many times, but I was never peaceful, because I was always depressed by guilt.

I was taught that it was a "sin" to sexually desire a woman. Human nature is based on sexuality. We live to reproduce! Why should it be wrong for me to follow my nature?

More than that I hated the false hopes that Christians give to people. For example, they tell a blind boy that if he prays and prays he will be see again. The poor boy has the hope that he will recover and so prays and prays. Giving false hopes is like making fun of person. Yes they should comfort a person in trouble, but more than that they should tell them to accept reality and live life as it is.

I learned while I attended a Christian school that Christianity is all about hating everyone who thinks differently from you. Take for example the poor Israelites who were constantly invaded by other nations. They deserved what they got, the Israelites came into the Promised Land and killed everyone including women and children who didn't think like them -- by the order of God, who supposedly loves everyone. Not only that but they wiped out the whole race of the Canaanites and destroyed entire cities and then waged war on neighbor countries and tribes for no good reason.

I am trying to set myself free form religion. I have learned it is ignorant and intolerant. Of course I am still scared of hell and demons, because of all of the religious bullshit that was hammered into my head since I was a kid.